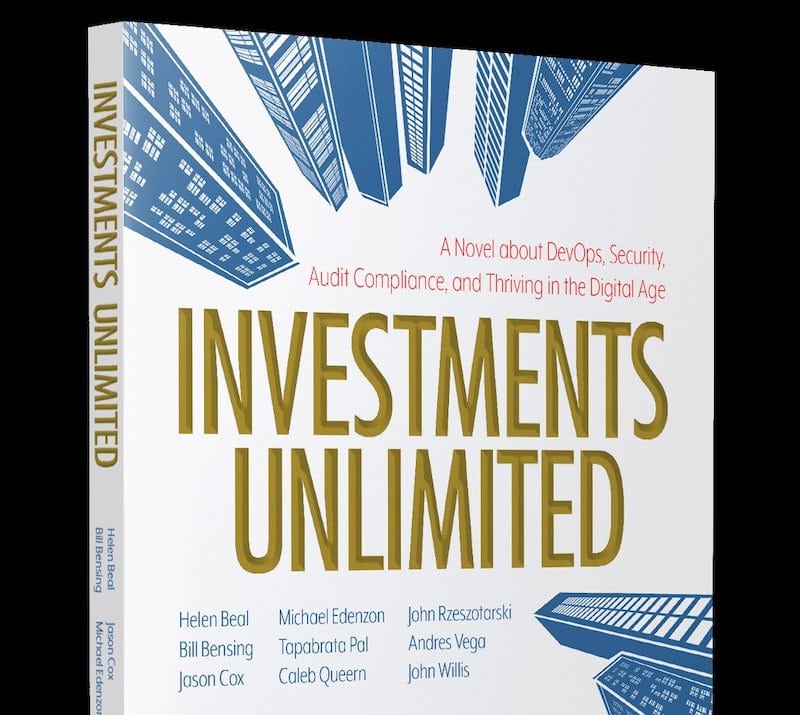 I thought that it was impossible for any book, but Investments Unlimited is as enjoyable and insightful as The Unicorn Project.

You can consider this book a sequel of what happens after adopting DevOps (and forgetting about Security/Audit/Compliance).

WARN: some dialogues will make you angry.