In May 2021 I took a sabbatical to take care of family, but things did not go as planned. 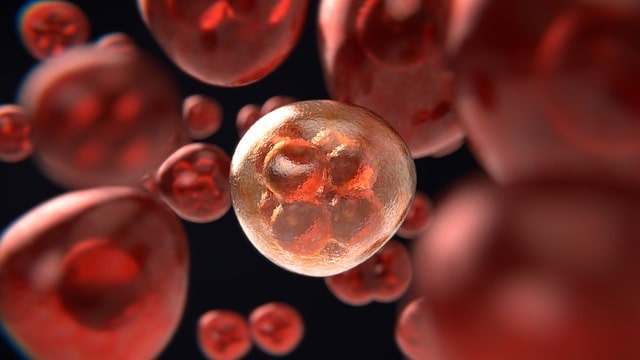 In summer 2018 my mother-in-law was diagnosed with cancer.

Further testing identified a BRCA2 gene mutation as the cause. Having the BRCA2 mutation increases your chances of developing breast cancer to 45-70% and ovarian cancer to 11-17%.

The mutation is hereditary, with a 50% chance to pass it to your children.

In May 2020, my wife’s BRCA genetic test was positive.

On top of the heavy physical and psychological toll, and the inherent risk of any operation, the surgery has two additional consequences: early menopause and no more children.

A sibling for our lovely four-year-old daughter was in our plans, but with three heartbreaking miscarriages on our backs, and both of us over 40, we were ready to move past the childbearing stage of our lives.

So given what my mother-in-law had gone through, we deemed the operation and its consequences to be the lesser evil, and my wife joined the public health service’s waiting list.

The operation was scheduled for the last quarter of 2021, but we were given the chance of moving it forward to May.

We expected the recovery to take a couple of months, so having the surgery in May would mean that we will have enough time to recover strength before September’s school season.

My wife was in constant pain, and the painkillers would make her sick and throw up, so she had no other option but to bear it day and night.

But by the end of summer, something unsettling happened: her belly slowly started to swell.

The swelling was too localized to attribute it to fattening, and it was unlikely to be an infection as she had no fever.

These left us with the possibility that either something had gone wrong with the surgery, or …

We scheduled a visit with a doctor as soon as possible.

The doctor (a gynecologist) explained about peritoneal cancer, recommended an urgent tumor marker blood test, and, as the swelling was so bad, made an ultrasound scan to see if anything useful could be found.

And indeed she did.

My wife was pregnant.

Wait, what?!?!? Hasn’t she just gone through surgery to remove her ovaries? How was this even possible?

Given that my wife didn’t recall talking with any angel lately, the simple explanation was that she was already pregnant when she went through the surgery.

She was five(!) months pregnant.

At the time of the surgery, the embryo was young enough to not be detected but old enough to be out of the Fallopian tubes and not depend on the ovaries’ hormones anymore.

Older than one week, but younger than three. A two-week window.

The pregnancy made the pieces fall in place: no menopause symptoms, the anemia, throwing up every morning (not due to the painkillers!), and obviously the belly: 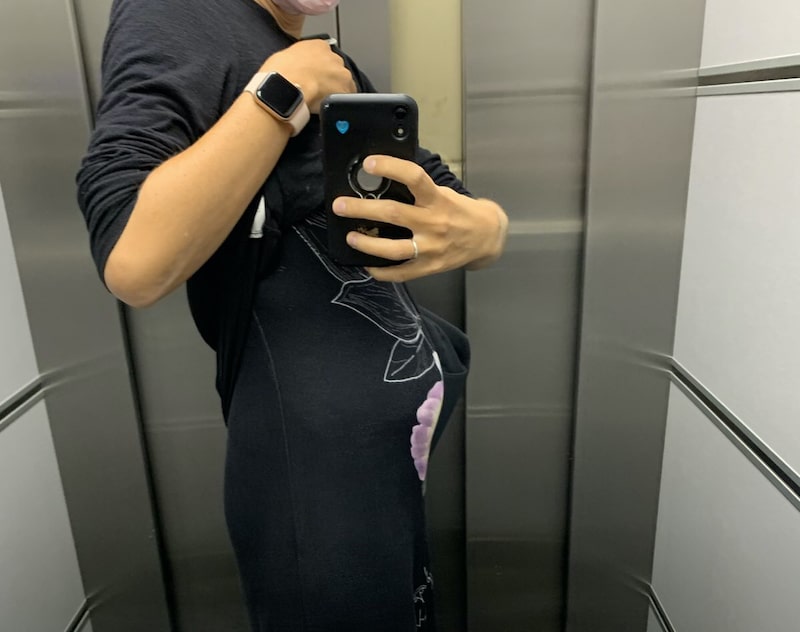 When people ask why we didn’t ever contemplate the possibility of a pregnancy, first we shout “no ovaries!”, and then we explain that for 15 years we have been unable to conceive naturally.

Our daughter and all the unsuccessful pregnancies have been thanks to the more advanced types of fertility treatments.

Never ever naturally. In 15 years.

After 15 years of trying with no luck, after giving up for good, my wife gets pregnant with her very last egg; the embryo narrowly avoids death and being detected, and then it survives to such a nasty surgery and recovery procedure, while previous miscarriages had a much easier time.

But the most incredible thing: when have you seen the public health service being earlier than planned?

A healthy Lucas Lebrero was born on February 4th, and my mother-in-law helps with him every day.