On your first day as newly appointed CTO you are working on your hiring strategy, the second day your organization asks you to downsize the team. 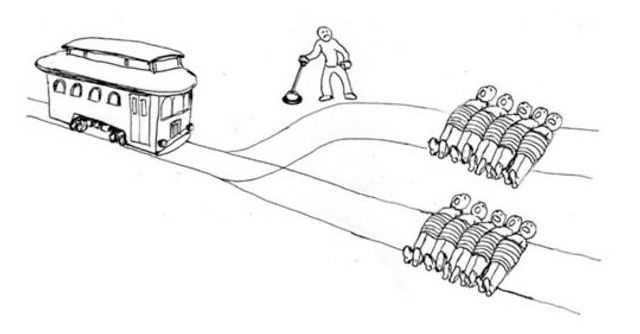 A very important project that was a done deal, and that will secure the organization’s future for the next five years, failed to happen.

Not winning this project meant that the organization was forced to “focus” and reduce costs.

It never crossed my mind that one of the first things that I would be asked to do as an inexperienced CTO would be to fire part of the team.

when such bad news becomes public, host an open door day where the team can openly talk about the situation, share their feelings, see each other, feel connected, and be listened to. It would not stop the gossiping but it will help.

After some failed attempts to approach this task, this is what worked for me.

I started by listing some principles:

The ideal team would be one that has all disciplines covered at a senior level with multidisciplinary people working in just one team, and with enough overlap to avoid a bus factor of one. Additional people will bring additional capacity.

We have been working on bringing three of the products together for some time. They were already under the same product manager, but they were still three teams working on their own priorities. Merging them into one team, in a classic inverse Conway’s maneuver would hopefully accelerate the integration between the products.

One of the other products was small enough that for this task I decided to temporarily ignore it.

Following the principles above and the product considerations, the plan was to move the previous team setup from: 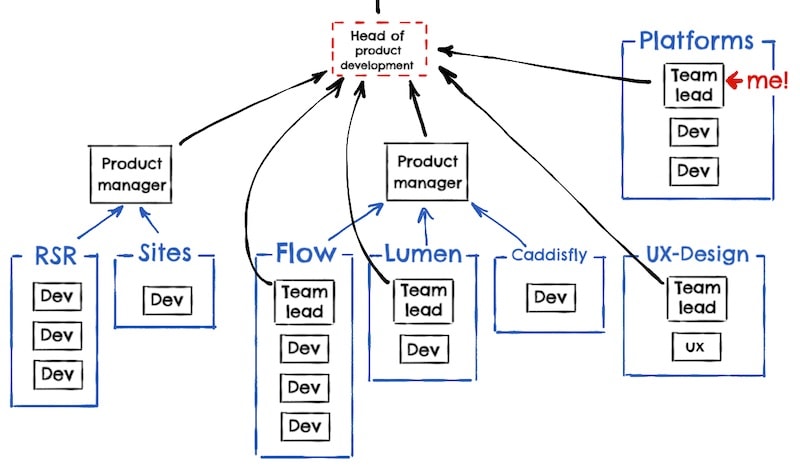 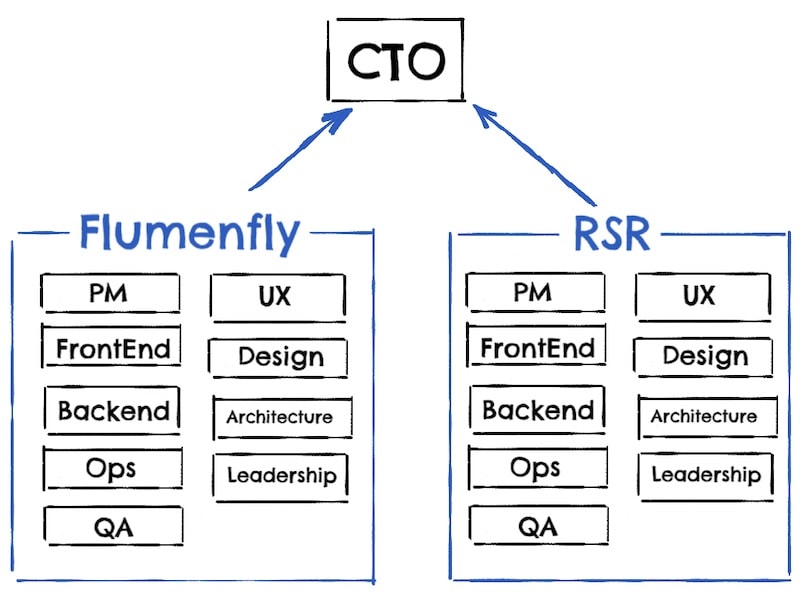 So two products, two cross-functional teams. Platforms and design teams will be reshuffled inside those two teams.

Which parent do you love most? A computer will tell

With a clear plan for the team, the next step was to “just” pick up who will work on each team, and who we will need to let go. The most painful decision in my career.

People with a strong technical background can convert any task into a technical task, thus avoiding work they don’t want to do. Jerry Weinberg, Becoming a Technical Leader

And I didn’t want to do the task so, consciously ignoring Mr. Weinberg, I transformed the ordeal into an optimization problem, for which I wrote an application to help me with.

The application took as input the amount of $$$ to cut, the list of people, their salary, and the skill level on each discipline mentioned above, and outputted the possible two teams that would be within budget and match the minimum requirements, sorted by a scoring system.

The minimum requirements and scoring system configuration looked like:

The first function filters out invalid teams while the second scores the valid ones.

In the example we say that the team has to have:

As heartless as this may seem:

Most important, the application gave me a few starting points. Of those, I still had to consider the team dynamics, existing teams, personalities, seniority, potential, personal situation, future needs, …

yes, I still have the code. No, I am not going to share it publicly. It would kill me to find there is a bug.

Once the decision was made, it was time to swallow the last bitter pill.

A slap in the face to awaken me from the dream that a CTO role is mostly about technology.